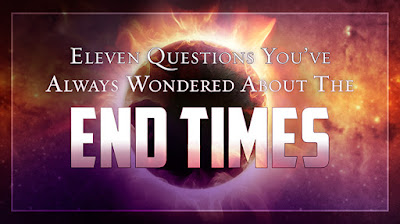 This is a very succinct explanation of end times with biblical references from Dr. David Jeremiah. Revelations can be a scary and often confusing book, but we as believers need not fear "End Times", we shall be raptured.

1 Thessalonians 16 For the Lord himself will come down from heaven, with a loud command, with the voice of the archangel and with the trumpet call of God, and the dead in Christ will rise first.17 After that, we who are still alive and are left will be caught up together with them in the clouds to meet the Lord in the air. And so we will be with the Lord forever.

According to Merriam-Webster the definition of confusion is: a situation in which people are uncertain about what to do or are unable to understand something clearly  : the feeling that you have when you do not understand what is happening, what is expected, etc.: a state or situation in which many things are happening in a way that is not controlled or orderly

I am of the belief that most of us walk around in a state of confusion pretty much everyday; although we may not be aware of it. For instance when you wake up and you’re in a hurry to get dressed for work because you have an important corporate meeting, and you decide to wear your favorite black suit. Now come the socks. Here’s where the confusion can rear it’s ugly head. Before you lies a drawer full of unmatched socks. You need black, but as you hold them up to the light you’re uncertain, perhaps they are really dark blue. First thought that comes to mind —  “I really need to organize my sock drawer next week”. Second thought — “Who cares. Know one is going to notice my ankles”, so you hastily grab two, pull them on,  and run out the door. But later in the morning as you sit down across from the CEO of Marketing for an upscale clothing store you realize how wrong you were in your assumption as Mr. CEO gives you the once over.  Or how about this scenario. If your the chief cook in the family it’s all about what am I going to make for dinner tonight. The kids are fighting, the dogs are barking, and you can’t remember if you took the chicken out of the freezer to thaw, because the doorbell just rang, and as you pass the calendar hanging on the wall you see circled in red a parent teacher conference you have scheduled which you need to be at in an hour. Good grief.

Life is all about choices. We make them everyday.  If we end up ordering pizza because the chicken wasn’t thawed, or you have to hide your legs under the chair because your socks don’t match, does not in anyway effect where you’ll be for eternity. That’s the good news, because we all make decisions on a daily basis, some are good and some aren’t. Some things are very subjective. Maybe wearing socks of  different colors will be the next big fashion statement, (What!)  and perhaps pizza is the perfect meal.

There is one concept—idea—truth, however, that is not meant to be subjective and that is Christianity. Once you fall into the quagmire of vague uncertainty where Christianity becomes only about subjective things like feelings — matters of the heart — then you lose all objectivity as to what is eternally true for all. If you begin falling into the dictum of “what’s true for you may not be true for me” then you begin sliding down the slippery slope of postmodernism.

Postmodernism is a late-20th-century movement in the arts,

architecture, and criticism that was a departure from modernism.[1]

[2Postmodernism articulates that the world is in a state of perpetual incompleteness and permanent unresolved. Postmodernism promotes the notion of radical pluralism; that there are many ways of knowing, and many truths to a fact. From a postmodern perspective knowledge is articulated from perspectives, with all its  uncertainties, complexity and paradox.

Christianity is  objectively, eternally, true for all. There is only one God who created everything. He gave us His one and only son, Jesus Christ, who was fully God and fully human. He was raised from the dead to pay the penalty for our sins. If you believe these things then you shall be saved. We were given the Bible, where every word is the inerrant truth to help guide us through life, so we needn’t be confused.

Hmmm, I hear doubt or hesitation in your voice. You question this authority. I understand. It’s not quite like deciding which is the perfect meal — chicken or pizza?  Experience, science, tangible evidence, nowadays, seems to be more highly valued. Truth, becomes relative. If the Bible, however, is not our source for absolute truth, then what is? Is it the guy standing on the street corner with a sign saying, “Repent of coffee. It is the devils food”? Is that an absolute truth? To him it may be. If everyone has their own “absolute truth” to live by, though, or that truth changes with the tides then where will it take you? What wave will carry you away to another belief system or idea? When a philosophical paradigm shift begins to unravel or disqualify biblical truths, then where are we left?  Not a pretty place, I would proffer.

The good news is it doesn’t have to be that way. Christianity does offer experiences and scientific tangible evidence that there is one God who created the heavens and the earth. The evidence is so awe-inspiring that those who cannot see, and do not hear have simply closed off their heart and brain to the truth. They find it all too confusing and unimaginable that they sweep it under the carpet to be thought of at a later time. It’s so much easier to worry about what socks you’ll wear that day or where you’ll have dinner on Friday night than to contemplate eternity.

Eternity is time without end. There is no Confusion  there. I know where I’ll be spending it. Do you? 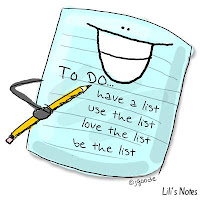 Hi there. How did you do memorizing the 10 Commandments?  Myself - I am still working on it. I remember for a day, then I slip up. That says to me - I need to repeat, repeat, repeat.

Here, from my perspective, are 3 biblical verses that are good to know off the top of your head.

5 Trust in the Lord with all your heart, And lean not on your own understanding;

6 In all your ways acknowledge Him, And He shall direct your paths.

16 For God so loved the world that He gave His only begotten Son, that whoever

believes in Him should not perish but have everlasting life.

37 Jesus said to him, "You shall love the Lord your God with all your heart,

commandment. 39 And the second is like it: 'You shall love your neighbor as yourself.'

SOME THINGS ARE WORTH REMEMBERING

I always find it difficult memorizing things. Names, dates, phone numbers, even when I go to the grocery store and I have more than 3 items on my list I need to write them down, sometimes bolded and circled, just so I don't forget anything. 😳   I blame it on genetics and my age, because if I didn't then I would need to blame it on pure laziness, which is not a good attribute.

I was listening to a podcast recently of a women who has memorized the entire New Testament. Every word! What!😲  No way, I thought. How is that even possible? But, sure enough she has and is now working on the Old Testament. I can't even keep the books of the Bible in order let alone remember all of the minor prophets names. Not something I'm proud of as a committed Christian. There are some biblical truths that should just roll off of my tongue, but I do indeed have a very long forgetting curve.

“In 1885 Ebbinghaus published his groundbreaking Über das Gedächtnis (“On Memory”, later translated to English as Memory. A Contribution to Experimental Psychology) in which he described experiments he conducted on himself to describe the processes of learning and forgetting. Ebbinghaus made several findings that are still relevant and supported to this day. First, arguably his most famous finding, the forgetting curve. The forgetting curve describes the exponential loss of information that one has learned. The sharpest decline occurs in the first twenty minutes and the decay is significant through the first hour. The curve levels off after about one day."

For instance:  I can't seem to commit the order of the Ten Commandments. Ten powerful decrees that are still as relevant today as they were thousands of years ago. So seriously, shouldn't I be able to remember 10 things in order that are that important. Well, apparently for my brain, I can't. So, I am on a journey to try and rally all of my grey cells together and make a concerted effort to remember biblical facts, stories, names, books etc and today I begin with the Ten Commandments.

I am a visual person, so I am going to use that positive attribute to help me "visualize" what Moses carried down from Mount Sinai to the Israelites.  Come take this memorization journey with me and let's see how far we can go!

20 And God spoke all these words, saying:

2 “I am the Lord your God, who brought you out of the land of Egypt, out of the house of [a]bondage.

3 “You shall have no other gods before Me.

4 “You shall not make for yourself a carved image—any likeness of anything that is in heaven above, or that is in the earth beneath, or that is in the water under the earth; 5 you shall not bow down to them nor [b]serve them. For I, the Lord your God, am a jealous God, visiting[c]the iniquity of the fathers upon the children to the third and fourth generations of those who hate Me, 6 but showing mercy to thousands, to those who love Me and keep My commandments.

7 “You shall not take the name of the Lord your God in vain, for the Lord will not hold himguiltless who takes His name in vain.

12 “Honor your father and your mother, that your days may be long upon the land which the Lord your God is giving you.

14 “You shall not commit adultery.

16 “You shall not bear false witness against your neighbor.

Here's a more succinct list below. Now, let's say them 10 times in a row and make a visual picture of what each commandment is asking to help our brains remember them...in order. 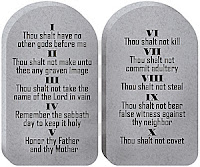 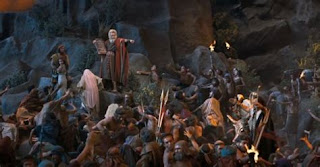 Well, done.
Practice memorizing this list, if you haven't already 👍🏼, and I will continue to post other recognizable moments/verses etc from the Bible as we continue on this memorization journey.

He Is... Names of God (From Genesis to Revelation)

THE RULE OF SIMPLICITY

When you know and understand the facts, the truth is easy to see. 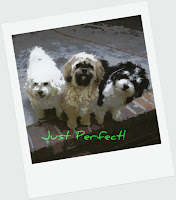 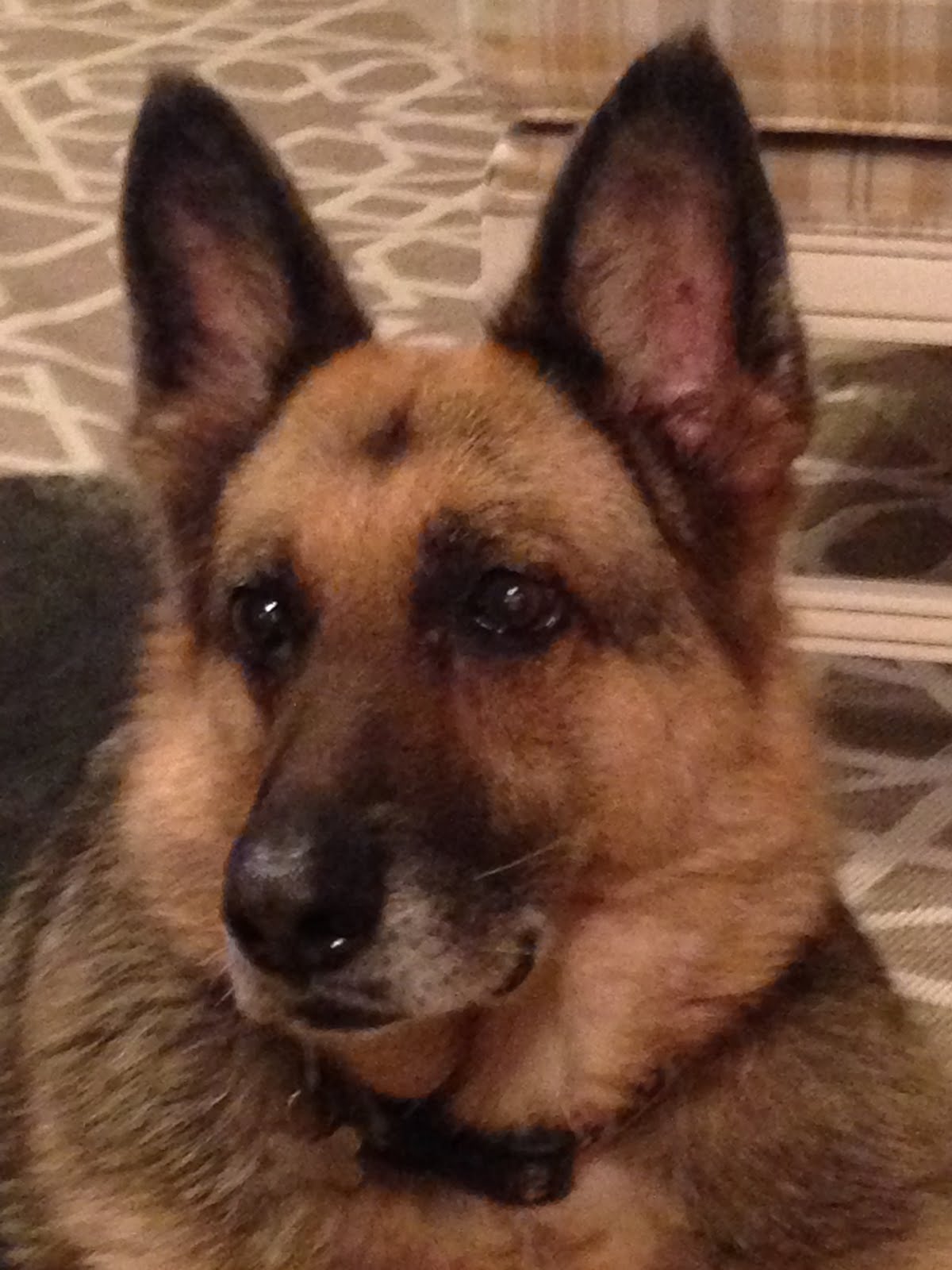 Purchase at Barnes & Noble or Amazon 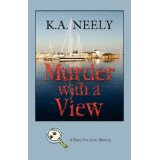 Check out where readers live.